An evening of Mystery Mentalism & Magic

For over 30 years Rich Crawford has been working as a professional magician. He loves to interact with his audience. Come join us as we watch him perform on stage, engage with the audience as he walks around the theater, awesome close up magic that will leave you in awe. Rich Crawford has performed at Underground Atlanta, hundreds of private parties including Chick-fil-A Corporate, private engagement for Evander Holyfield, as well as theaters across the country. He invites his audiences into a world of imagination, along with his ability to make his audience laugh as he leaves them mesmerized during his show. 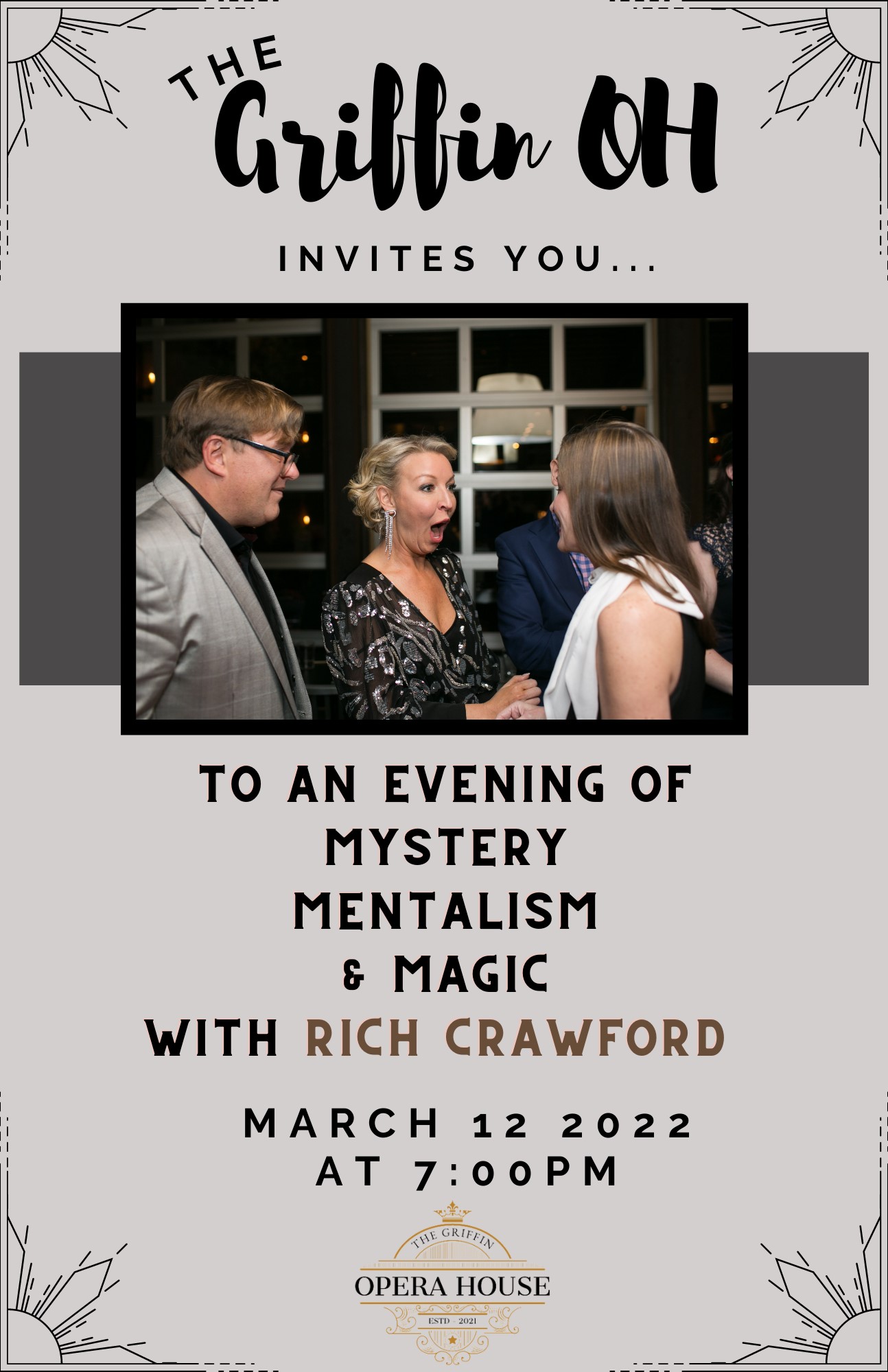